This post will focus on the ideas that I had for Bubbles as redesigns because it occurred and was pointed out to me that Bubble’s original design would have a hard time interacting with all the props and the environment unlike Squeaks, so I would need to change Bubble’s design. Please note that all the redesign specie ideas came from my list of animals that produce bubbles in one of my earlier posts.

This first image looked at two of the most obvious examples from my list, the land crab and violet snail.

My first designs on the top of the image are based on this picture, the reason for this is that while I know what a crab looks like, as do most people, but when it came to the proportions and placement of the crabs limbs, I needed an image of one as a reference. As you can see I have successfully captured the correct shape for the crabs legs in the first attempt, which unlike the crabs body and eyes made the crab seem at least realistic to the eye. The pincers that I designed aren’t the best, they are thin and the way they are drawn makes it look like they can’t move or interact with props or the environment because of this so I might need to back track the claw designs and look at the image of the land crab again to develop the claws better so they can move. The body of  crab does look similar to the crab on the photo, the only downfall is that it was to large and didn’t seem to fit the crab, I drew unfortunately so I will need to look into that.

The next crab design was a lot worse than its predecessor due to the fact while the legs of the crab was correctly proportioned, the actual appearance of the legs didn’t look right at all in fact they looked quite deformed and looked like they didn’t belong to the body of a crab. The pincers of the crab were also a bad idea with this design because they began to look to big and were still unusable because of me forgetting to add joints to said claws. Compared to my photo which I used as a basis so that I could create a crab successfully, I have failed badly with this design since I couldn’t capture any of the crabs features without it be horribly mis-proportioned, shaped or has any missing limbs/muscles.

This next image is what my snail design is based on in the sketching image above, main focus of these two sketches was two capture the shape of the snails shell and the bubble/trail that they leave behind. While the snails shell isn’t the best in appearance because it isn’t in 3D, it still captures the basic shapes that form it. This is satisfying in it’s self because I have managed to at least make the snail look in both designs snail like just by comparing these designs against the photo of the Violet Snail above. While the snail trail does need work because it looks extremely weird and fake with the amount of bubbles and the way they are portrayed, it still gave a realistic look into a snail and how it moved. I will consider making the next snail designs more 3D in the future since my project is in 3D.

This next focuses sorely on the frog design based on the photo below: 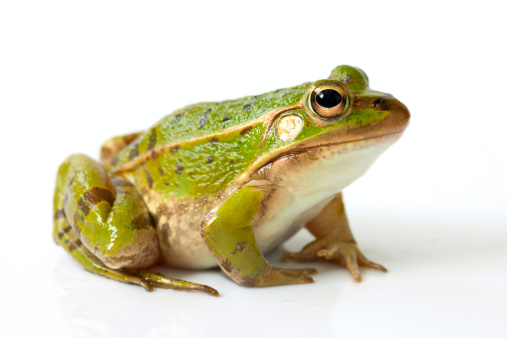 As you can see I used this to help me understand the basic anatomy of the frog for my sketches unfortunately, I failed with the frog sketches when I did this. All the sketches except one failed, this was due to the horribly mis-proportioned and misshaped from the main body to the legs and not only that but I often failed to place the frogs legs in the wrong direction. So for most of the designs I did in the image above they are drawn horribly but their is one that works quite well and that is the sketch of the frog jumping which displays a frog body in action with correctly proportioned limbs and body and looks alright to the eye. So for the rest of the designs I will try to recreate the success of the first image I drew.

This next image is me attempting to take my noted suggests from my previous image notes and utilise them into these sketches. For example in all of my drawings except for one in the image above, they have a more 3D appearance, the only reason why the other drawing isn’t 3D is because it was a filed attempt at doing so, which makes the drawing look awful and mishapen. While I do admit that the snail shells still need more work with the aspect that they aren’t fully 3D yet, I have at least capture the essence of the snail with the snails body and the shape of the actual shells. The down fall is that that these designs are quite bland, basically they show no emotion what so ever in the position that I have drawn them in this is because I thought that I could capture the emotion of the characters just with their snail eyes and no other facial features to help define the actual emotion, which should of had some feature to help define this.

This next image is another attempt at a crab and a frog. The frog attempts were a lot better than the previous versions of them, for example the top left sketch on this image, while it does have a very small body in length and is a bit large in height I have been successfully able to do the limbs to the frog quite well. The limbs were not only in the correct position and placement but they share a very close resemblance to  an actual frogs legs, which is very pleasing since the frog is starting to look more realistic to my self and my target audience. The next frog had a similar result with the back legs not the front, the back legs were not only the right size but they fitted the proportioning of the body as well. While the front arms of the frog have come out absolutely awful due to the fact that I have not only drawn them at a terrible angle but their general size of the front arm is too big. Another fault with this frog sketch is that his face was based on the original photo I used but unfortunately, the eyes didn’t manage to come out how expected unfortunately making the frog look not only really unrealistic but became a eyesore. I will attempt next time to focus more on the actual body of the frog to make sure that I get the proportioning correct but also the shape so that  it looks more realistic.

The next two sketches focus on my crab designs for bubbles. My first crab sketch in the image above on the bottom left was a decent improvement from my previous designs. The crabs body is decently sized, isn’t misshapen and actually has the missing muscles that I stated need to be correct next time in my previous crab notes which made the crab seem at lot more realistic, the only down fall with this version of the crab is that his legs are awfully done and barley look like crab legs and his pincers were still missing the muscles in certain places and the sizes for both of them were vastly different so they would have been unable to interact with the environment successfully. So I need to next time include more muscles on the pincers and make sure they are a similar size as well as making sure the legs are done correctly. The next sketch takes most of those corrections into consideration such as the legs and the size of the pincers, the only down fall is I forgot the muscles were the pincers join each other, so I will need to look into that in the future.

These next two images are based on the Common-Froghopper a water based Insect.

These two sketches that are based on the insect are initially not the best in appearance but that is fine because they were my first attempt to capture this insects basic appearance. Both Sketches managed to do this fine, the first sketch did this with legs, I managed to capture the actual shape and proportioning of the legs quite well even when each leg was positioned at different angles. While the body of this sketch wasn’t the best as it came out awfully misshapen and in the next few drawings I will need to be more careful with the shape and the angle I draw it add. The next sketch was more successful with the body both in shape and size but the legs were the down fall in this sketch. At least the body managed to capture the essence of the Common Froghopper.

The final sketch on the image above is a front view of a frog and this is one of my more successful attempts at drawing a frog. The body is decently sized an captures the frog shape perfectly and the actual legs of the frog have been done perfectly and the eyes of the frog look quite realistic. Now all I have to do is attempt this at different angles.

This next image focuses on the two main ideas that I was considering for Bubbles redesign. The two left design are my final attempts at crabs, the top left design was one of the worst crab designs that I have done yet, for several reasons. The first been that the legs were too tall and looked nothing like crab legs, which was disappointing since I seemed to get the hang of them earlier on. The next fault with this sketch is the actual body of the crab, the shape of it is done terribly, not only is it misshapen but also misproportioned. The only success with this design was the claws which included the muscle that I stated in the last crab design notes. The next crab design below was ten times worse, as you can see.

The snail design on the right side of the image above were a huge improvement, I drew them both in 3D which helped show of the snails shells and their eyes effectively to the target audience. The only down fall with this was that at the time I could only successfully draw in 3D at this angle and the snails shell design at the bottom of the image.