This post is my first storyboard idea for Bubble and Squeak, while I do now have a chosen storyboard and narrative this is to display my narratives that I had created previously before choosing my final one:

The animation opens with a distant shot of the pet shop, since this storyboard is more based on my original animation I did last year. I chose this kind of shot because it allows not my self but also the target audience to understand what where the main story takes place which is a pet shop. 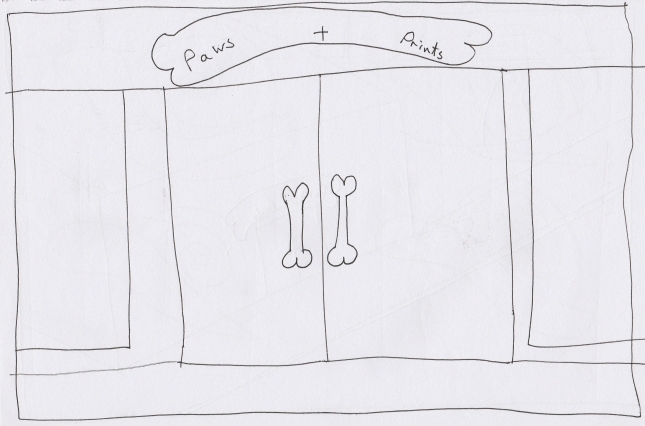 This shot zooms in on the actual pet shop entrance, this is used to continually draw the attention of the target audience to the pet shop as well as recreate the effect of someone entering a pet shop from their own point of view. I did this to make the entrance of the character into the shop seem at lot more realistic and believable to the target audience. 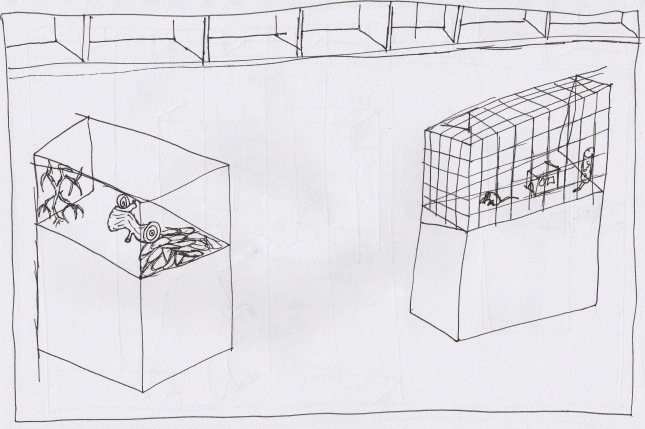 The next shot is to introduce the two main characters of the show, by showing them in their designated pens that are design specifically for their environments that they need to survive. I did this to not only introduce the two characters to the target audience but to also help the story develop by showing that the two characters have been kept apart from each other to create not only a moment at why the two characters who are friends are been kept apart but also how are they going to reach each other and do what they do best as friends. The only down fall with this shot is that you can’t really see Bubble and Squeak that well, so that made it a bit harder to figure out the narrative for the target audience.

This next show was actually created to help correct that last shot and help show what Squeaks was also seeing at the time. I did this by having a shot of Squeaks and him looking at Bubbles in his pen across the room. While this does partially solve the ability to see the characters it doesn’t completely since Bubbles is still quite hard to actual see.

This next shot was designed to show not only how smart Squeaks actually is but also all the kinds of plans he is devising for both him and Bubbles to escape. I did this to make Squeak not only seem more human like but also more relate able to the target audience. 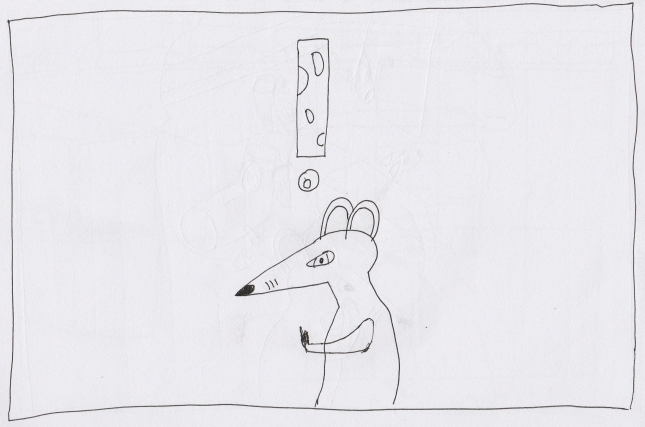 This next shot is to show that he is still a mouse, hence why he has a cheese exclamation mark when he has chosen an appropriate idea to get him to Bubbles.

This next shout was again used to show Squeak’s intellectual capabilities as well as what a mouse could actually do not only in this environment but also any other environment. As many can squeaks is attempting to break out out of his cage by pick locking the lock with his claws and Bubbles looks at him in confusion.

This next shot was to show that Squeaks was successful at picking the locks of his cage and is on his way to reach Bubbles. This was done to display not only that Squeaks successfully broke out of his cage but also that he is excited to see his friend again and for the audience to feel the same emotions that he is feeling.

This post is taken at a angled shot to show Bubbles talent to climb any surface as he scales his tank to meet with Squeak.

Bubbles managed to get down from the tank and then sees a ball, which he then uses to peed himself up so that he can reach Squeak a lot quicker than before. This is also done to increase the humor in the animation draw in the target audience. 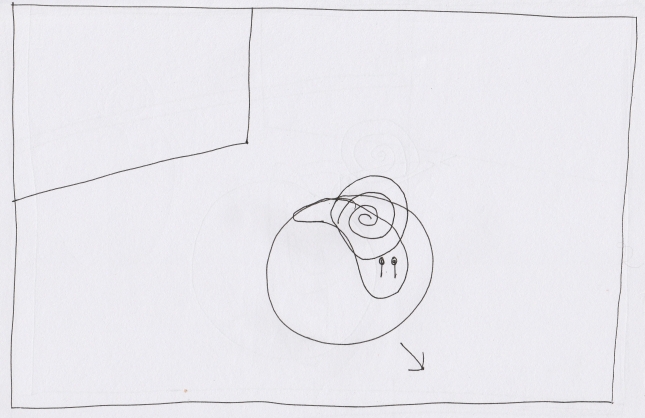 Squeaks reaches the bottom of his pen and starts to make his way towards Bubbles at the middle of the shop.

The Two start to mess around with the ball after they have met up by rolling around the shop. This is done to add humor to shot by showing the audience how silly the main characters actual act around each other, the humor increases furthermore when they accidentally launch them selves off a knocked over box.

This next shot shows the two characters in mid air, now squeaks is prenting to surf the air on the back of Bubbles this is so that the target audience laughs at how ridiculous the characters.

The next two shots show Bubble and Squeak crash into another tank and been covered in glass, the two blink in surprise before laughing.