Here is the storyboard for the Ass and his Driver: 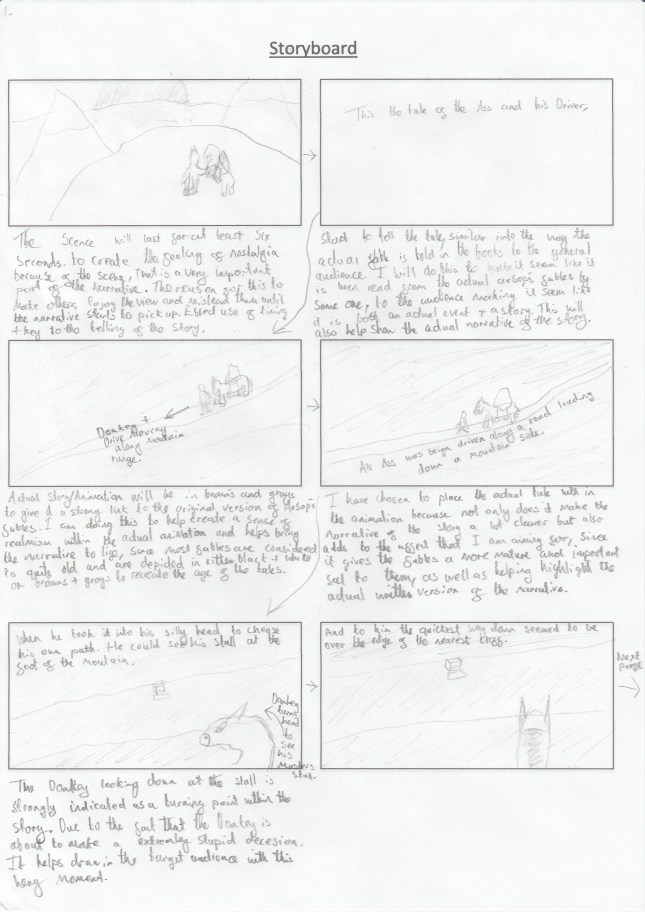 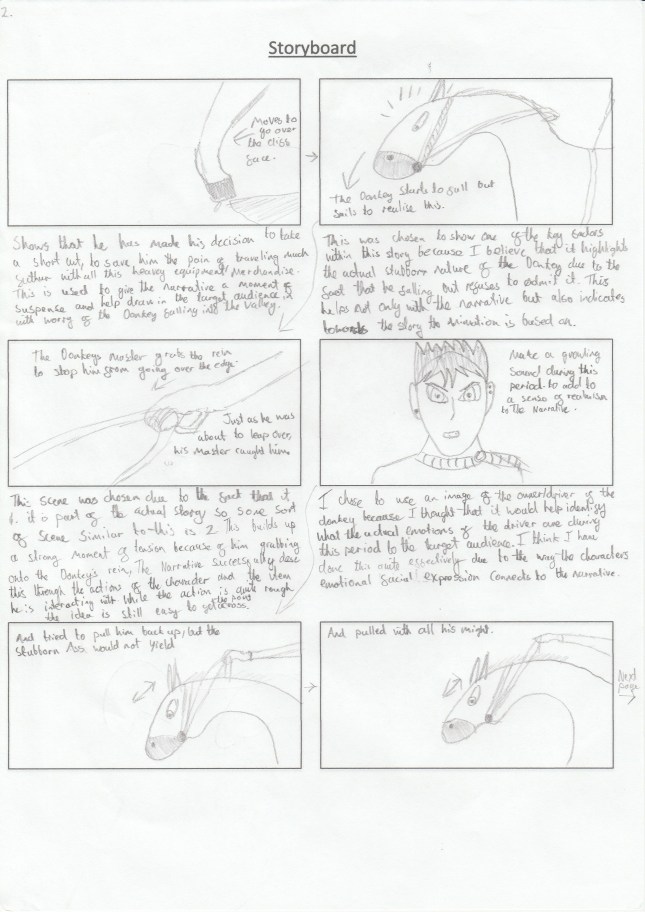 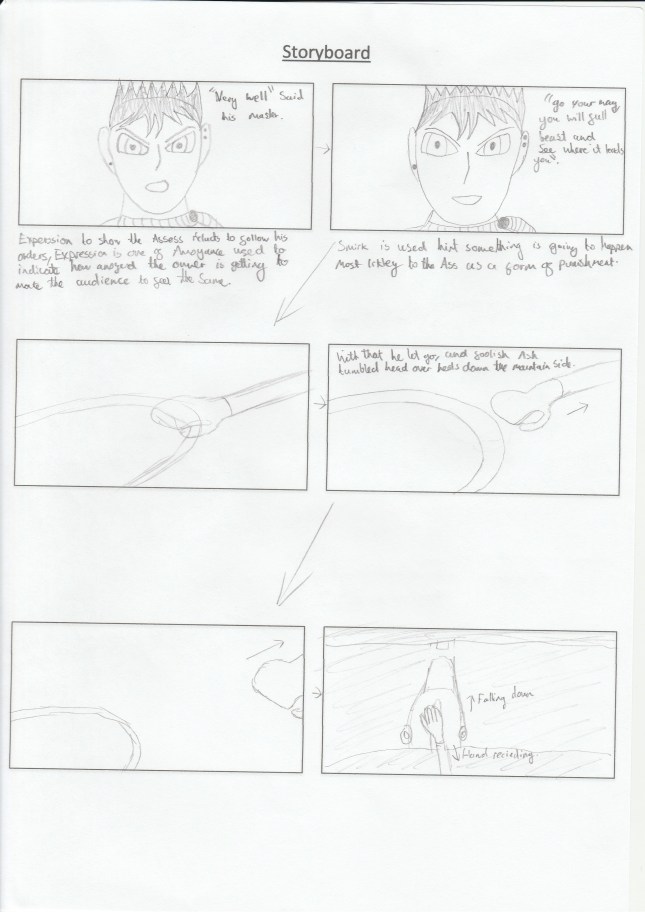 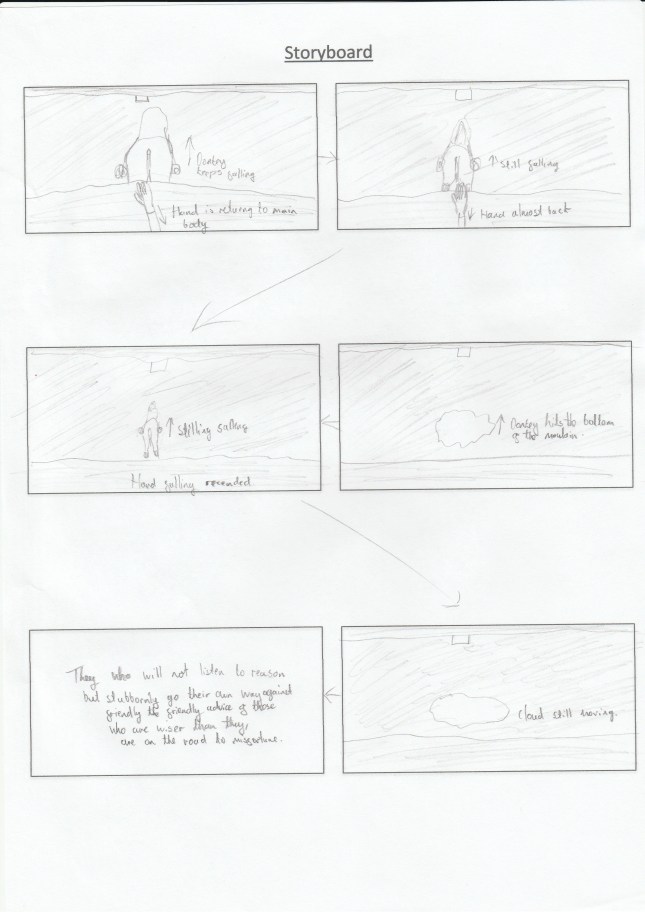 A majority of the tale is already been written by Aesop, so all I had to do was convert the tale into a suitable form for the target audience that the animation aims for in this project. I think this storyboard manages to convert the tale of this fable quite well since it displays the key moments within it effectively and when necessary. For example the moment with the Donkey looking at the stall at the base of the mountains, I have shown the donkey peer down at the base before making his foolish decision. I think the only down fall of this Storyboard is that the drawings are a bit hard to make out as well as the notes but I can still make them out and not all of them are a mess others have been able to work out what they show and say.

If anything the sounds for this animation would be hoofs walking on a hard surface, most likely the donkey traveling across the mountain to make it feel more like a actual member of this species. I am all so considering using a gravel like sounds for when the merchant/driver is walking across the mountain as well because they often have a lot of rubble and debris in the way on the roads. This would help the audience pinpoint the characters apart from each other, as well as me effectively utilizing sounds for the animation correctly, that don’t insult anyone (Unless you are a donkey) .

One thought on “Narrative Structure Fictional Animation Story Board”