For my fiction project under the Acting and Audience section, I needed to also go an look up the criminals that the Undercover Grandma would be arresting. So I thought that the best solution for this would be to look up various photos that are associated with gangs, thugs, criminals etc appearance so that I have something to be base my drawings off, when I come to creating the characters for this project. These below are some of the things that I have looked at:

These are the general ideas that I am looking into for inspiration for these criminal designs for the Undercover Grandma animation, that I am currently working on.

Image likes these from video games such as GTA have been used as well as inspiration.

The reason why I chose this image is because it shows the three characters. The reason why I wanted the three main characters is because each of them has their own unique sense of style, which I can use to help with my own creations to give me an idea on what a law breaker might consider wearing in public, yes some may wear regular clothes to blend in really well with the environment, while others do not and it is an animation, so I have to make the criminals somewhat noticeable to the audience. Michael’s appearance is that of an regular guy with his clothing, giving the impression he is but what makes him seem more like someone who would break the law, apart from him flicking through a load of cash and a big bag on his back is his hair. His hair makes me personally think of a the 1930’s Mafia that you often see in film or the old news papers. but you get the general idea now why I picked this sort of image each character on it offers something that is in someway associated with the stereotypical image of crime.

This next image is taken from a scene in Batman Arkham City: 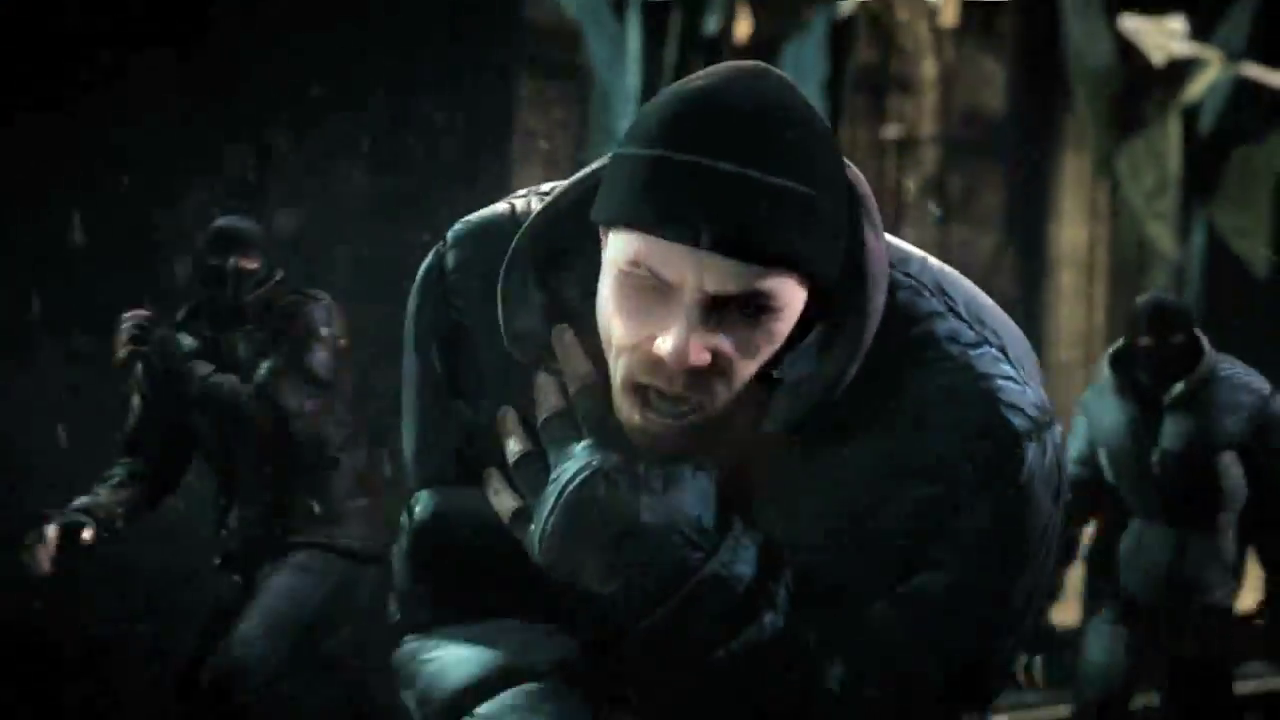 The reason why I chose this image is due to the fact that I wanted to make my criminals rather obvious looking and one of the most stereotypical obvious looks for a criminal in media is something like this. Often dressed in some sort of black clothing and a thick hat or something on those lines to obscure their face so that they aren’t linked to the crime when they next go outdoors. So some of this will be handy in the future with my criminal designs for my characters.

The next image is done by an artist on Deviant Art called ianallas:

Once I saw this image I knew that this would be one of my main inspirations, I don’t know why, when I saw it it just seemed to click in my head. I know that It say hacker but to me this is also what a criminal in my animation may look something like with the stylized hair either something modern like in this image or something more like Michael’s from GTA but this is how I imagine a modern sort of criminal would look in my animation.