Here is final section of my Summer Work: 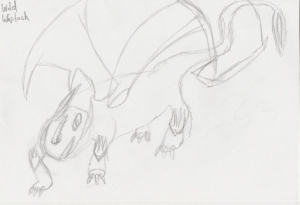 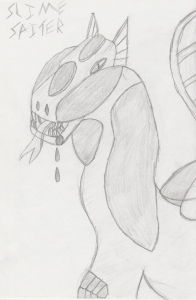 These image were my attempts at working with a different range of anatomy. My first image I admit was the very first attempt, most of the limbs were miss proportioned and the face of the dragon had most of it’s features on the left side, so things like the eyes and snout were more on the left side then the right. From here I knew that I needed to focus on the anatomy of the legs and wings as well as the positioning of the facial features from a certain angle. The next Image shoes some development with the wings and legs as well as the facial expressions but the down side is that the legs are still mis-proportioned and most of the actual drawing is a 2D only so there isn’t much developed with the positioning of the dragon. I then attempted it again and the final version came out looking wonderful, the angle and positioning of the face was perfect and the lings and wings came out well proportioned as well.